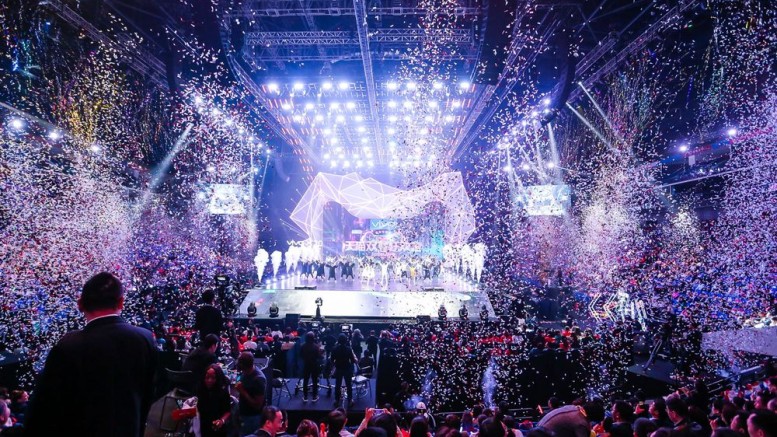 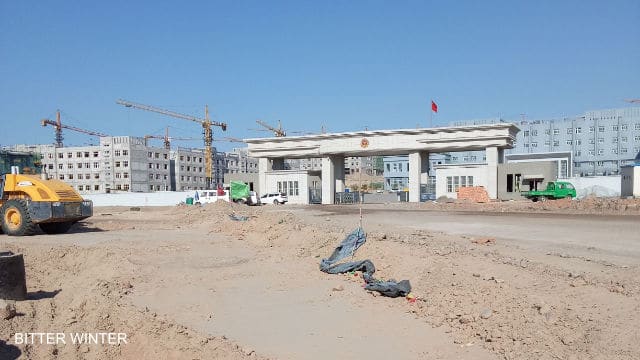 The McKinsey analysis is at  What Single's Day can tell us about how retail is changing in China.  Every year, this event is touted in the news and eagerly awaited by business and business analysts.  There is, in fact, a desperate feel to this buying and selling frenzy.  Yes, the deals are good, and suppliers have substantially increased sales every November 11.  But we should remember that this shopping is mostly for oneself – baby products, cosmetics and hair care – not gifts for others. The impulsive necessity of Singles Day shopping feels far greater than the value of the money saved.

McKinsey tells us that –

This year’s Singles Day (China’s shopping event on November 11, or “Double 11”) clocked in as the biggest shopping spree the world has ever seen. Consumers purchased $45 billion (314 billion renminbi) worth of goods and services in a 24-hour period. To put it in perspective, this is three times this year’s Black Friday and Cyber Monday online sales combined, and more than 90 percent of it happened on mobile devices, compared with 34 percent mobile purchases on Cyber Monday.

The second part of my reading was a series of reports on the concentration camps in Xinjiang, housing hundreds of thousands of Uighurs and meant to cleanse them of their culture, religion, and language, better to make them into … well, maybe, good Singles Day shoppers.  Good luck with that.

One cannot read just one of these articles.  A sampling -

And this one – videos - "transformation through education" camps, at Bitter Winter.

And then this timeline and analysis –  Re-education camps in China’s ‘no-rights zone’ for Muslims: What everyone needs to know by Lucas Niewenhuis, associate editor at SupChina.

- “Crimes” often have little or nothing to do with actual Islamic extremism, which is what China is supposedly trying to stamp out: BuzzFeed reported that “having a relative who has been convicted of a crime, having the wrong content on your cell phone…appearing too religious…having traveled abroad to a Muslim country, or having a relative who has traveled abroad” is enough to land Xinjiang residents in camps, but “viewing a foreign website, taking phone calls from relatives abroad, praying regularly” or even just “growing a beard” is enough to do it, according to the Associated Press.

- Punishments include torture, such as being chained up by wrists and ankles for hours or days, or being waterboarded, and conditions at the camps can be extremely unsanitary and crowded, witnesses have told the Associated Press, the Washington Post, and the Wall Street Journal.

- Detainees are told to denounce Islam, and are forced to repeat Communist Party slogans and sing Red songs for hours every day.

How to Hide Illegal Detentions? China Gets Creative

China is big and complicated, but I was trying to understand both of these stories.  I remembered Ci Jiwei, professor of philosophy at the University of Hong Kong.  In his recent book, Moral China in the Age of Reform (Cambridge University Press, 2014), he describes the kinds of freedom available in China now.  Economic freedom, the freedom to buy and sell, is as great as anywhere on earth.  What is missing, he says, is moral freedom, the ability to use freedom as a personal value in decision making.  This translates into the necessity of obeying one’s leader, even if the leader is corrupt or otherwise doing wrong, or inability to use one’s own judgment in decision-making.  Right and wrong in China is determined by leaders, not by an individual’s own moral sense.  And Ci Jiwei says that this inability, particularly in a modern China with exposure to western ideas like voting and protest, leads to a refocused intensity on providing material benefits as compensation for the inability to realize intangible ones like making moral choices as we think an adult would do.  Sort of shopping therapy.

This kind of nihilism means a moral and spiritual vacuum for which no amount of material prosperity can compensate.  What has been sorely lacking is not more material prosperity but more moral resources for giving meaning and more equality to such prosperity.  With the dearth of moral resources, it is no wonder that the nationwide quest for individual wealth and pleasure has acquired an otherwise baffling air of desperation, with so much newly mobilized or released energy having no other channels of expression …. Although this frantic quest has effectively diverted energy from deliberate challenges to the political system, it has done so, and is continuing to do so, at a huge cost to the moral health of China as a culture and a society (pp 56-57).

The CCP justification for intervening in Xinjiang is to promote social order – and preserve security for Belt-and-Road projects.  There have been protests, and violent incidents, over CCP refusal to let Muslims practice their religion.  China is afraid of in-China links to middle eastern terrorism, as was the Trump administration in its proposed ban on travel from predominantly Muslim countries, and with about the same inflated expectation of real impact on society.  But we see that most Muslims in Xinjiang, as in America, are doing nothing but practicing their religion, hewing to a lifestyle, in fact using moral freedom to make choices about life and work and children and right from wrong.

And this is what is anathema to CCP.  So, in fact, my little toss-away line above is really what the Uighur suppression is all about.  If Uighurs could be transformed into good little shoppers, life would be more harmonious for CCP and for business.

I guess businesses should be careful in thinking that all the China news is business news, and international firms need to be on their toes all the time and hustle, and keep going faster, now, now, now. The Uighur stories are not under the radar by any means, but they could have far more to say about retail in China than Singles’ Day, if the Uighur repression and the world response to that repression become another significant part of the instability for the China economy and the Chinese consumer.  Suppose more American buyers, like Badger, began refusing shipments of clothes made by Uighur forced labor?  Suppose the crackdowns lead to more unrest elsewhere in China? There could be impact across China, even in Zhejiang, two thousand miles away.