The first time was in 2007, in Dalian, one of my favorite cities.

One of my students - government officials from China – was showing me her hometown, and we were late night driving from Dalian to our next stop that would take me to the airport in the morning.

She was not driving.  Her driver did that, so we had plenty of time to talk.  And there were two other of my students in the van, and we moved from topic to topic about China and the US and national monuments and American history and  9-11 and terrorism in China and the US.   And I said that the 9-11 terrorists missed the most important target – the Statue of Liberty.

The government officials had just spent a year in Chicago, learning about markets and government management in the US, and many of them had become personal friends and they had just returned to their home, and I was visiting.  A lot of them were sad to leave Chicago. They had had a year of new experiences and fun and learning on the government’s dime, and they were going back to pressure and anxiety.

But like a lot of people in China, my government students were looking at American schools for their kids and openness and a life free of the kind of stress they were all returning to.

And I talked about the history of the Statue of Liberty.  From France. And in New York Harbor, facing southeast, to Europe.  And the Emma Lazarus.

And we were hurtling through the night, 10,000 kilometers from home, all of us nostalgic, me a little homesick, talking softly even in the warmth among friends, and the word just poured out.

Give me your tired, your poor

The wretched refuse of your teeming shore

(Nostalgia, wanting to turn back the clock)

Send these, the homeless, tempest tossed, to me

(And for some, even with serious jobs and bright futures, muffled anxiety and a wish that might become a reality again, someday)

I lift my lamp beside the golden door.

The sign, the password to the plane was American.   As in,  I am an American.   And I could go back to a place where, once inside, there was no password, no test, no badge of admission to the school or the city hall, no code of arms or card or letter of introduction that gave me benefits and not the other guy.

And it was impossible not to tear up at that moment.   Ten thousand kilometers from home, among friends who were staying home, not reluctantly but inevitably, but everyone in the car felt a tug.

Believe me, you should try it sometime.

Everyone in China has a password or a loyalty test or shibboleth to master.  Not a phrase, or a card.  But access always requires a password.  Somebody knows somebody.  In China, it is like Milt Rakove said, we don’t want nobody nobody sent.

And the second time.  In the fall of 2014, and into 2015, the Chinese government was cracking down hard on foreign web sites, and foreign email addresses, and almost anything that was foreign.  Foreign businesses targeted for investigations, foreign products assailed. 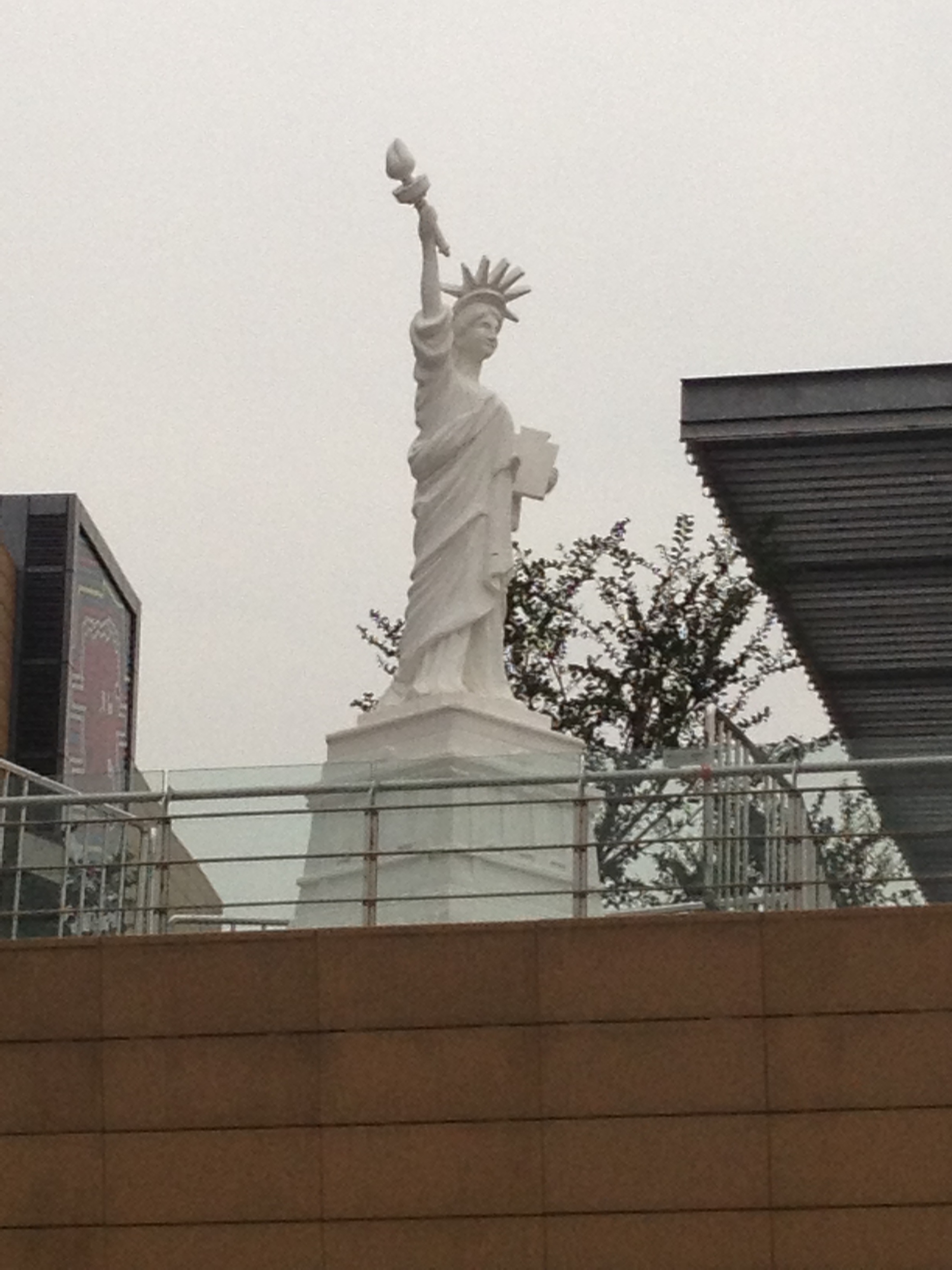 In spring of 2015, it disappeared.   Times are reminiscent – for some Chinese – of 1966, the beginning of the Cultural Revolution.  The hammer is coming down everywhere – on foreigners, on Chinese.   And it was time to … come home.

One of my computers had already been fried by the government – no internet access at all anymore, anytime.   And my undergrad foreign students were in danger of failing a course because papers they emailed to me had been blocked by the Chinese government, and I could not email them in return to say whether I had received their paper or not.

I had a CD set of the tv show West Wing, and I was watching episode 8 of season 2.  Now you know the writing and acting in West Wing was just about the best ever done on television, so finding a heart-string pulling scene is not tough.

And the story was about 96 Chinese Christians who had stowed away in a shipping container, six weeks on the ocean, 13 dying en route, to get to America and freedom from religious persecution.

I was listening to President Bartlet practice the Thanksgiving proclamation -

Well over three and a half centuries ago, strengthened by faith and bound by a common desire for liberty, a small band of pilgrims sought out a place in the new world …

... where they could worship according to their own beliefs …

... Now therefore, I, Josiah Bartlet, President of the United States by virtue of the authority and laws invested in me do hereby proclaim this to be a national day of Thanksgiving.

And then, to his aide Josh Lyman -

They made it to the new world, Josh …

You know what I get to do now?   I get to proclaim a national day of  thanksgiving….

To avoid an international incident, Bartlet, with some assistance from a remarkably lax guard at the stowaways temporary holding rooms, provided an entre to another new world where there was no password or loyalty test needed.  He convinced himself of the sincerity of their faith by using a shibboleth, giving 83 people access to a place where they no longer needed one.

And we do wish that life could imitate art.

Go ahead, watch the two clips.