Power Not in Kansas Anymore

... although they are members of a national service, run out of Beijing, not by local governments.  So that is the reason for the army guys, not the police, doing traffic control when the local fire brigade ran through some training exercises yesterday.   But firemen are, down deep inside, guys, and high school guys at that.   So part of the training is a run, about 100 meters, with hose and connections.  At the end of the run, they have to hook up the hoses and put out a small electrical fire.  The water was already hooked up to a small pump, and came from our on-campus lake.

So at the signal, everybody took off from the starting line, just as if they were doing wind sprints at the end of football practice, and of course there was a big yell at the signal, and complaining during the run that somebody got a head start, and one guy dropped the hose at the signal, so he had to run again while everybody else laughed and watched him.

The pumper is equipped with axes and sledges and pry bars and lots of hose.  You can see the cannon on top.  I think it is thoughtful of them to put the words on the truck door in both Chinese and English.   Otherwise, who would know? 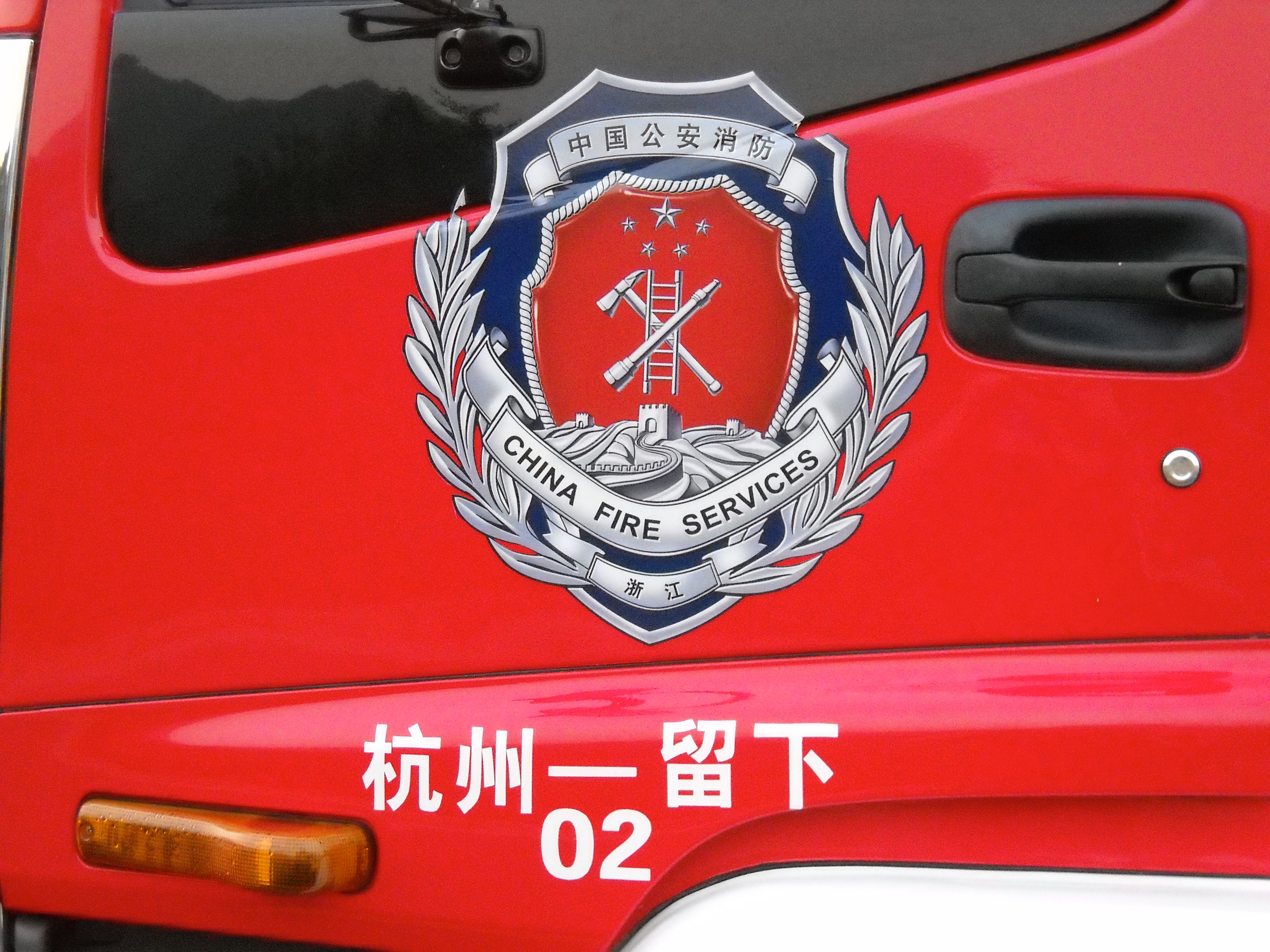 A short time later, the fire department (different truck, though) came to do a fire rescue demonstration, or practice, at the school.   The concept was to rescue people from a burning or smoke filled room by letting them jump into an air cushion. 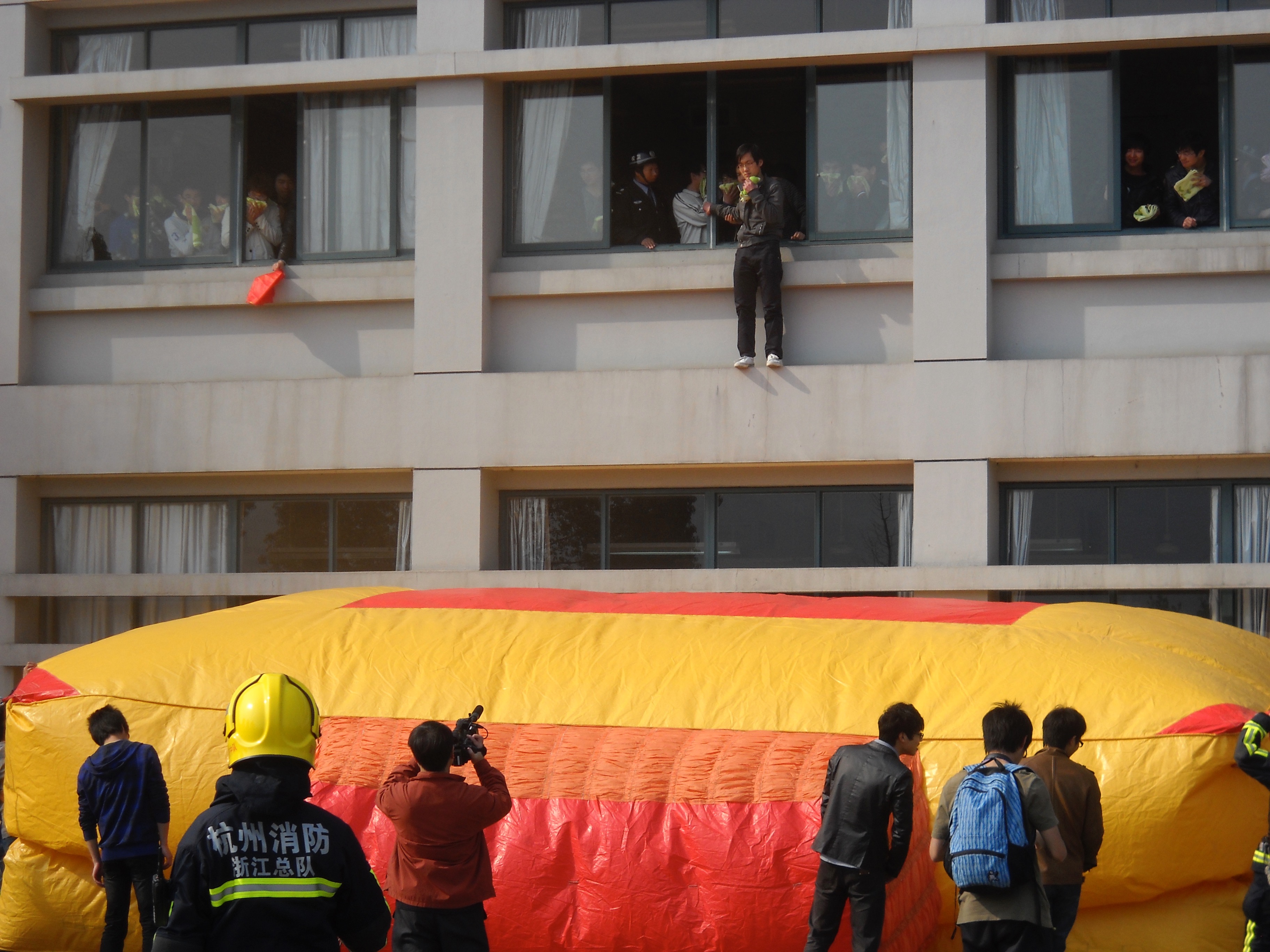 All worked perfectly. The firemen got the cushion out and in place quickly.  The students who chose to jump, though - took them a while to get up the nerve.  I presume an actual emergency would act as a greater incentive. 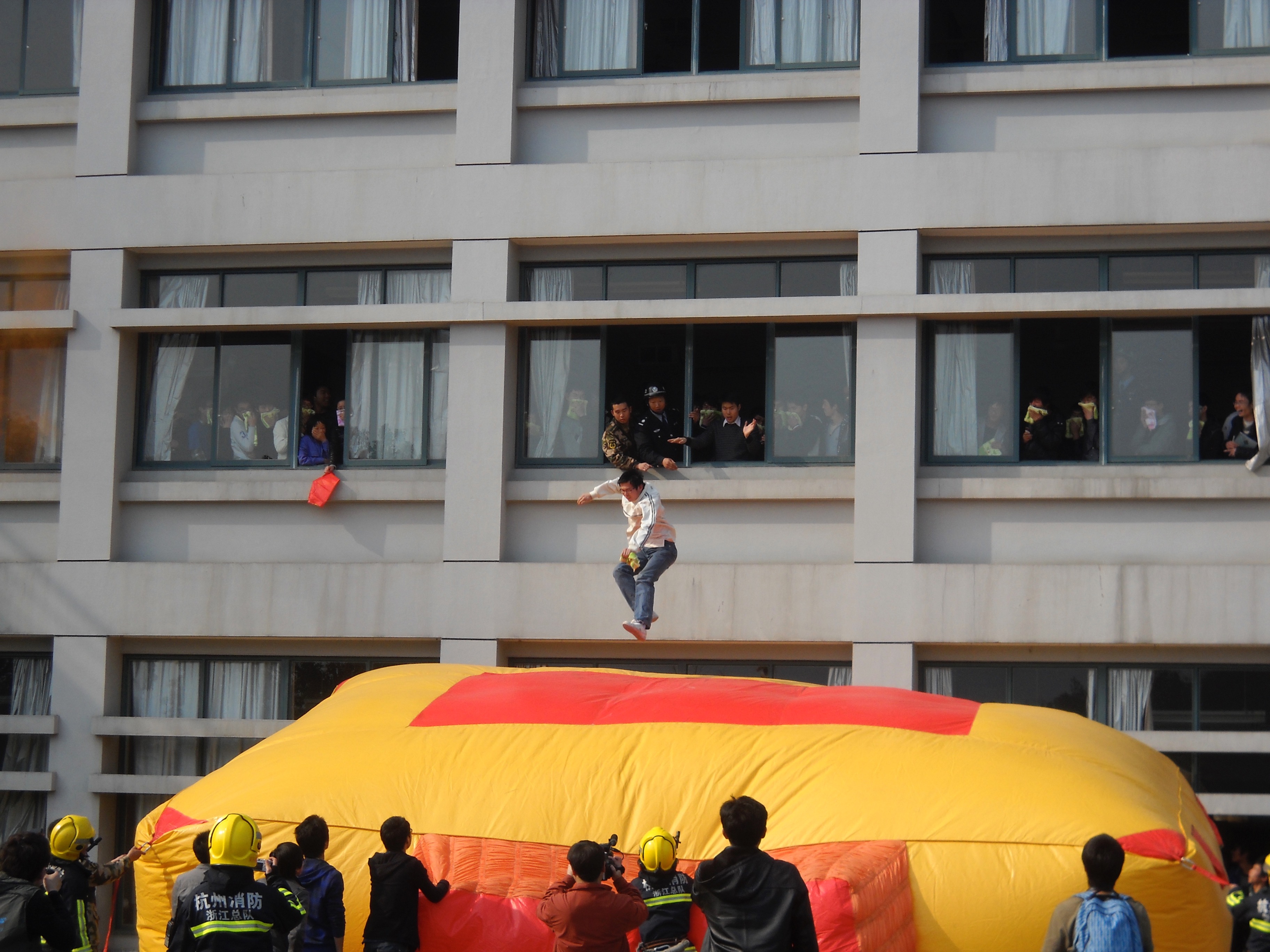 Don't think I have ever seen this practiced in the US.  And the likelihood of needing this assistance is low in China, where buildings are all concrete, except for some doors on classrooms,  and there is no wood or fabric in the school buildings, and no heat or air conditioning or even mechanical ventilation to cause smoke from a burned out motor.