At this point, all I can muster is a feeling of sadness and apprehension.  The continued protests and violence will only hasten the end of human and civil rights in Hong Kong, when the mainland government feels a mandate to restore order by force, and maintain it.  Agreements of 1985 will be of little consequence when public order is truly at stake, as it now seems to be.

Whether the elections are held this weekend or not, they will be a source of further conflict. As you know, CCP still selects or controls most of the candidates and the legislators, even though it is not officially a local political party.  Pro-democracy candidates, like Joshua Wong, have been banned from running in elections. The pro democracy candidates usually get about 55-60% of the total votes, but get fewer than half of the legislative seats, due to the indirectly elected share of the total seats.

The violence will spur businesses leaving for Singapore or other places in Asia, and foreign investment will slow.  The role of Hong Kong as financial hub for China, a role it has performed admirably since the 1970s, will be diminished. Lenovo, for example, could only get its start in China because it registered as a Hong Kong company - at the time, a foreign company. My friends in Hangzhou and Zhoushan talk about building the "back office" real estate for the new world financial hub in Shanghai.  Some of this talk might be boosterism, but I  think not all of it. At some point, China will not need Hong Kong and its freedoms as it has in the past.  Hong Kong can be absorbed into the new supercity planned to include Shenzhen and Guangzhou. 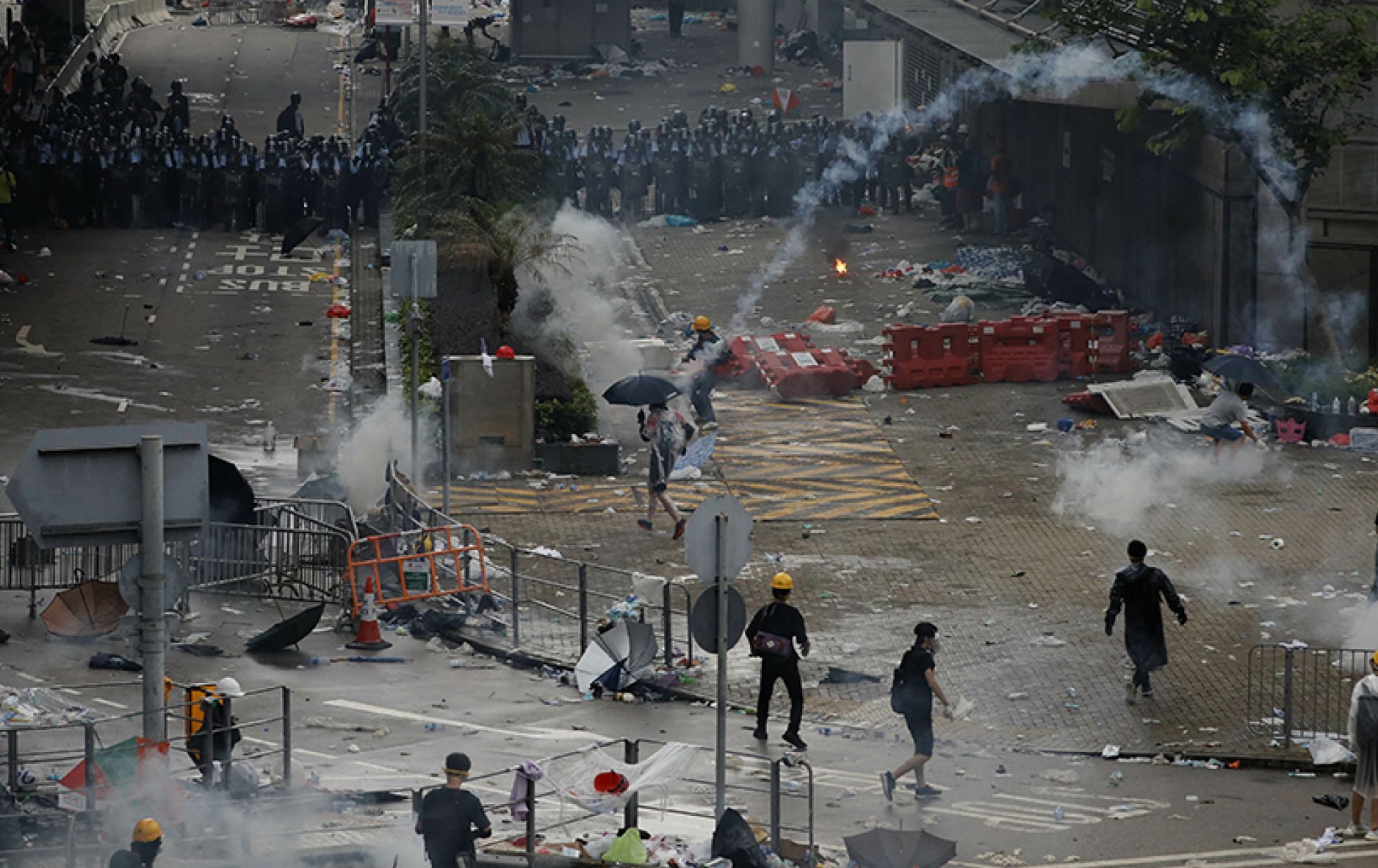 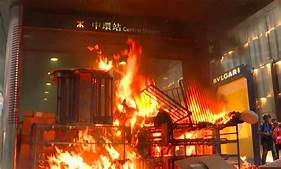 Hong Kong will remain as a more or less occupied territory, with occasional uprisings.  Neither the students nor any future government will be able to bring peace to Hong Kong.

There is no path to success for the protesters, whatever that might be other than physical survival.  Many will be arrested and jailed.  A few might be killed, either on the street or in custody. It would be ironic if some of those arrested were sent to the mainland for incarceration, since that was the flash point for the original protests this year.  But China cannot afford to let Hong Kong become a new world symbol of oppression.

But that is what will happen.  In 1836, a group of Texians fighting the Mexican government planned a delaying action at an old mission in San Antonio.  The 186 or so Texians at the Alamo facing about 3,000 Mexican troops held out for 13 days, but eventually all were killed.  Their sacrifice was soon remembered across Texas - Remember the Alamo! - and it became a rallying cry for Texas independence and American lore across the centuries.  Outnumbered, outgunned, surrounded, no hope of victory, they became a symbol of resistance to tyranny. Remind you of Hong Kong?

That seems about all that can be expected from the Hong Kong fiasco.  Remember Hong Kong! as a symbol for those living under somewhat autocratic governments now so enamored of Chinese technology and Chinese products.  With the economic benefits will eventually come the loss of moral freedom - to speak and write as you wish, to get news free of censorship, to assemble in protest of government action, to vote for representatives.

The US is not exactly a model of governance, peace, or economic hope right now. But Voice of America does still broadcast around the world, in Africa, in South America, in the middle east, in southeast Asia.  Someday perhaps VOA can be prouder of its US government sponsorship and can remind the world to Remember Hong Kong!  It was in many ways the shining city on a hill.  Brigadoon, perhaps, or even Camelot.  Watch the final scene - never let it be forgot ... that once there was a spot ....

And watch the Hong Kong anthem, written by Hong Kongers