Stability - You need more than smoke and mirrors, bluster and threats 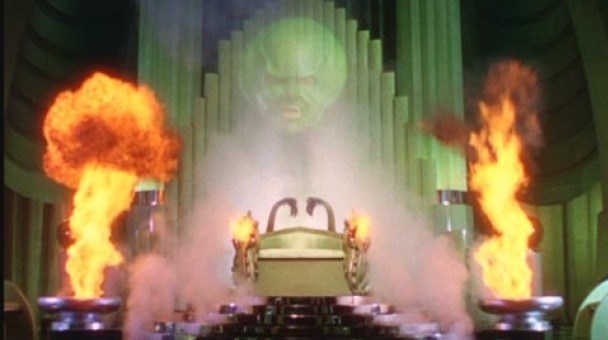 Xi and Trump both want harmony and stability as they define it - obedience to their wishes.  The stability they seek is personal, and this desire has created havoc in the government.

breaking with the past even as extolling it

Mr. Xi has upset the path of reform and opening created since Deng -

- he has installed himself as the leader of too many leading small groups that oversee reform and new initiatives, exceeding common practice;

- eliminated the retirement provision in the Chinese constitution that would have prevented his remaining in power past 2022.

- promoted reform and opening up without mentioning its creator, Deng Xiaoping

Of course, the anti-corruption campaign has upset decades of standard operating procedure and violates a Chinese governance model that is two thousand years old.  Policy now comes from Xi himself or the leading small groups of which he is chair, effectively neutering government bureaucracies.

Last week, Willy Lam provided an indepth analysis at Who are Xi Jinping's enemies?  Provincial and local officials who fear unrest from the trade war are one potential source of instability; political figures and intellectuals who see Xi as taking the wrong path to reform and opening are others.  The middle class - which to my mind is roughly identical with CCP - is worried about household debt as well as jobs and the ability to send kids outside for school.  In another piece from August, Lam makes a point that could apply equally well to Trump -

In the US, Trump ignores experienced senior officials and conducts policy by instant message -  Civil servants ignored on family separation and Logic of policy by tweet - Atlantic.  Policy comes directly from Trump via tweet, effectively neutering government agencies.  If anyone believes he would not remain in office past 2020 or 2024, if at all possible, then one should start paying attention.  The Supreme Court might vote with him, and the Senate might do nothing to stop him, in a – let me say it – trumped up time of national emergency.  An emergency might be defined as the need to remain in office to avoid imprisonment.  A majority of Republicans have said they would support suspending the constitution to delay the 2020 elections, if needed.

Both Mr. Xi and our current dear leader have good reason to fear the consequences of being out of power.  There have been attempts on the life of Mr. Xi.  See also The Diplomat - How Secure is Xi?  and coup attempts in China.  An even greater disaster for our Trump might be loss of revenues at namesake properties.  After all, prison might just be a cost of doing business, but loss of money ....

In China, stability is always interpreted to mean conformance with the wishes of the leader.  There is no loyal opposition in government, and no civil society to propose alternative plans, programs, or policies.  There is serious discussion and disagreement at the central government level; below that, implementation at the county or municipal level can be ignorant and brutal, if needed, to conform with the wishes of a local leader.  With the current crackdown on expression and thought, brutality in the society has markedly increased - see here, here, and here.  The brutalities against Muslims in Xinjiang are emblematic.  Surprisingly, international Muslim leaders have scarcely raised a voice in protest.

CCP has always dominated the private economy, since the private economy was permitted in the 1980s.  But with the slowdown in China’s economy, and business looking outside China for investment, Mr. Xi has felt it necessary to warn the financial community - Warning to Economists - Toe the Party's Line.  He previously told newspaper editors that they should adhere closely to the party line, and media control has increased in complexity and thoroughness.  As always in China, truth comes only from the leader.

Trump has felt it necessary to warn American companies of all kinds.  He threatened to cancel existing subsidies for electric vehicles Trump Assails GM  and has lashed out at more than 60 US companies - Businesses Trump has attacked on twitter.  He has determined that any news not conforming to his own view of the world is “fake news.”   In our new era, truth comes only from Trump.

In contrast with China, what generally counts for stability in the US has come from a vibrant civil society, which proposes, argues, and adjusts to create – well, not anyone’s idea of optimum, but the leaky raft that at least doesn’t sink.  But our current dear leader has serious problems with civil society, which fosters adversaries like a free press, and anyone who disagrees with him.  As a result, brutality in the society has markedly increased  Trump riding wave of increased hate crime and mass shooting casualties through 28 October   And attacks on journalists and support for hate, and mass shooting increase under Trump.  Surprisingly, Christian leaders have scarcely raised a voice in protest - an exception noted.

Both Xi and Trump are using nationalistic rhetoric to provide support for a faltering doctrine.  In China, CCP fears the consequences of a naturally slowing rate of GDP growth and greater openness to the west.  Return to the days of a glorious past has always been the stated mission of CCP.  Xi has emphasized a Make China Great Again policy, with substantial international trade if it is clearly to China’s mercantile advantage; otherwise, politics can trump economics for a long time and Chinese will pull in their belts to support the leader.  But even as CCP takes more and more control of every element of society, its power becomes more and more fragile.  Popular and charismatic leaders can upset the leading agenda, as Bo Xilai attempted to do.  And feigned compliance with leading policy has always been a characteristic of Chinese local governance.

In the US, GOP fears the consequences of demographic change, less power for autocrats and big business, and openness to social change.  Return to the days of a glorious past has been the GOP marketing campaign since the days of Reagan.  Trump has emphasized a Make America Great Again policy, with trade if it is clearly to American mercantile advantage; otherwise, politics can trump economics for a long time and American farmers will pull in their belts to support the leader.  But even as GOP uses gerrymandering, voting fraud, and naked power grabs to exert control over governance, its power becomes more and more fragile.  Popular and charismatic leaders can upset the leading agenda, as John McCain did with his vote on health care policy and Democrats can pick off the less extreme of Trump voters.

the danger from outside

You remember the (misattributed) Chinese quote – may you live in interesting times, understood as a time of danger.  Xi and Trump have given us just that.  An excessive focus on a particular kind of stability pushes other kinds of instability to the fore.  And like 1968 in Chicago, the whole world is watching.